to Get You In the Holiday Spirit

We are smack in the middle of the holiday season! What better time for confessions?

I have a little secret.

Which, in and of itself, isn’t that big of a thing. I mean who doesn’t love White Christmas or an annual viewing of Home Alone? But my affection goes a little deeper than that. I love the Hallmark, Lifetime, and ABC Family Christmas movies. You know, the semi-romantic ones? Where the root-for couple ends up together?

I don’t even like non-Christmas romantic movies, so I’m not sure where this comes from, but it is real, and it is strong, my friends.

In honor of my addiction, today’s post is going to be my 25 favorite Christmas movies, traditional offerings, and fluffy, romantic ones, as well.

These are in no particular order.

1. A Bride for Christmas – A Hallmark movie with Arielle Kebbel (The Vampire Diaries) and Andrew Walker who star in this tale of a man who makes a bet he can get a three time runaway bride to marry him. You can find it on eBay in a double feature. Not sure what that’s all about, but there you go.

2. A Star for Christmas – This movie features Briana Evigan (yes, Greg Evigan’s daughter) as a woman who owns a cupcake bakery in a small town and falls in love unknowingly with a movie star in town shooting a film. A fun, entertaining movie, and a great way to spend a couple of hours. You can find it here.

3. How the Grinch Stole Christmas – (This is a little update. Please see my editorial note at the bottom of this post.) I got this Dr. Seuss book when I was probably 4 or so. It was one of my very favorite books when I was little, and I actually still have it. I love the animated version just as much as I love the book. With Max the dog, and all of Whoville, this is a quick, darling little movie about Christmas spirit and how to find yours. Buy your own copy here.

4. Snow Bride – A Hallmark film starring Katrina Law as a reporter who crosses paths with the son of a wealthy, politically influential family who asks her to pose as his girlfriend. In doing so, she learns private information that she is then pressured to share with her editor, but refuses to do so when she realizes she has fallen in love with her fake boyfriend. This movie also has Patricia Richardson (Home Improvement) as the family matriarch. You can buy it here.

5. A Christmas Kiss – A couple (Laura Breckenridge and Brendan Fehr) share a kiss under the mistletoe in an elevator, but he later fails to recognize her as his girlfriend’s assistant, as she was in a costume in the elevator. Through working closely together, they fall in love and he eventually dumps his deceitful girlfriend. Elisabeth Röhm (Law & Order, Angel) also stars. You can find it here.

6. Undercover Christmas – Jamie Gertz (Sixteen Candles, The Lost Boys) stars as Brandi O’Neill, a cocktail waitress who is scheduled to testify against her mobster ex-boyfriend. Shawn Christian (As the World Turns, Days of Our Lives), the FBI agent assigned to protect Brandi until she testifies, ends up taking her to his family Christmas celebration under the erroneous information that his father is gravely ill. Tyne Daly (Cagney and Lacey) stars as Christian’s mother. You can find a copy here.

7. Home Alone – The unforgettable John Hughes classic starring Macaulay Culkin as a boy who is accidentally left at home alone while his family travels to Europe. Joe Pesci and Daniel Stern star as would be burglars whose plans to hit Culkin’s family home are thwarted by the clever kid. This MUST see movie also features John Heard and Catherine O’Hara as Culkin’s parents, and a cameo by John Candy. Pick up a copy here.

8. The Christmas Ornament – This sweet Hallmark movie stars Kellie Martin (Life Goes On, ER) as a recently widowed woman who begins an unlikely friendship with the local Christmas tree lot owner played by Cameron Matheson (All My Children). She has to learn to finally let go of the memory of her husband so she can move forward with her life. Buy it here.

9. Christmas with Holly – Eloise Mumford and Sean Faris star in this Hallmark Hall of Fame story of a man (Faris) who becomes guardian to his niece, Holly, when his sister dies. He takes her back to the PNW island where he and his two brothers live and there he encounters Mumford who has moved to the community to open a toy store. Mumford eventually breaks through Holly’s non-verbal shell and helps the three uncles restore a sense of normalcy to the traumatized little girl. You can find it here. 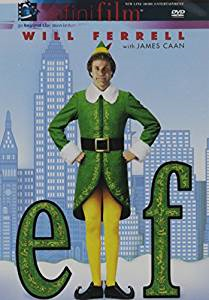 10. Elf – Will Farrell heads this all-star tale of one of Santa’s elves who leaves the North Pole and goes out into the world to find his birth father, James Caan. Santa is played by Bob Newhart, Mary Steenburgen is Caan’s wife, and Zooey Deschanel is Farrell’s love interest. Farrell’s usual shenanigans ensue, but it is a really funny, well done movie. Buy it here.

11. The Christmas Secret – There are apparently two movies with this title, but this is the version with Bethany Joy Lenz as a down-on-her-luck waitress who finds herself and her children on the verge of homelessness, when she loses her waitressing job. Her act of kindness (giving CPR to a woman suffering from a heart attack) ends up coming back to her tenfold in this darling movie. Find it here.

12. A Nanny for Christmas – Emmanuelle Vaugier stars as a young woman who takes a job as a nanny to an advertising exec’s children. She’s trying to get employment at the ad agency, and falls in love with one of the associates (Richard Ruccolo) in the process. The actors you’ll recognize in this film are Cynthia Gibb who is the protagonist’s boss, and Dean Cain, who makes a very limited appearance. Purchase it here. 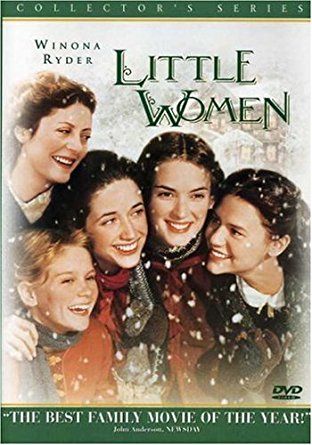 13. Little Women – The iconic Louisa May Alcott book comes to life in this delightful remake of the Katherine Hepburn original. I like both, but am somewhat partial to this version with Winona Ryder. Ryder plays Jo, Susan Sarandon is Marmee, Trini Alvarado is Meg, Claire Danes is the ever fragile Beth, and Kirsten Dunst is young, spoiled Amy. This beautiful story of four sisters and their family during and shortly after the Civil War is said to be semi-autobiographical. Gabriel Byrne and Christian Bale round out this cast. Find a copy here.

14. A Holiday Engagement – Bonnie Sommerville stars in this story of a woman who hires a man to pose as her fiancé after her actual fiancé dumps her right before they are to go to her family home for the holidays. This movie also includes Shelley Long as Sommerville’s mother. Buy it here.

15. A Princess for Christmas – In this Hallmark movie Jules (Katie McGrath) becomes guardian to her orphaned niece and nephew whose father was royalty in a small European country. When she takes them to visit their paternal grandfather (Sir Roger Moore) for the holidays, she ends up falling in love with their uncle. Pick up a copy here.

16. Christmas Vacation – My favorite of the Vacation movies starring Chevy Chase and Beverly D’Angelo as the unforgettable Griswold family. Randy Quaid, Julia Louis Dreyfuss, and many other well-known actors make this hilarious Christmas tale an instant classic. The usual shenanigans ensue as the Griswolds host Christmas at their house. There is some strong language and crude humor, but I still laugh out loud every time. Purchase this one here.

17. A Christmas Kiss II (Another Christmas Kiss) – A follow up to the original (A Christmas Kiss) this movie finds Jenna (Elizabeth Harnois), an executive assistant at a fashion house, falling in love with her boss’ wealthy playboy brother following an unexpected kiss under the mistletoe in an elevator. Buy it here.

18. Small Town Santa – Dean Cain stars as the sheriff of a small town who finds his Christmas spirit again when he arrests a man claiming to be Santa Claus. You can find it here.

19. The Family Stone – This should come with a bit of a warning. You’re going to need tissues. And you’re going to need a LOT of them. I cry EVERY single time. That being said, I also watch it every year. It’s a commentary about family dynamics, forgiveness, acceptance, inclusion, and finding yourself in the most unexpected places. It stars Diane Keaton, Craig T. Nelson, Sarah Jessica Parker, Dermot Mulroney, Luke Wilson, Rachel McAdams, and Claire Danes. It’s a beautiful, messy, haunting and infinitely perfect story everyone can relate to. Find it here.

20. The Flight Before Christmas – This is actually a new one for me. Mayim Bialik and Ryan McPartlin are two West Coast travelers heading back East for the holidays whose plane is diverted to a small Montana town due to a winter storm. Out of necessity, they share the last hotel room available and end up falling for each other. Bialik is her usual awkward character and it plays delightfully in this cute Christmas tale. Apparently you can only watch this with a Lifetime Movie Club subscription here.

21. The Nine Lives of Christmas – This is just the cutest movie. It doesn’t hurt that it’s very animal oriented, but I like it even aside from that. Kimberly Sustad stars as a veterinary student who falls in love with fireman Brandon Routh. I’m not even going to mention how many times I’ve already watched it this year alone. Pick it up here.

22. White Christmas – I could probably recite every line of this classic. Bing Crosby, Danny Kaye, Rosemary Clooney, and Vera-Ellen blow the roof off of this memorable tale of two army buddies trying to save the remote vacation lodge of their former commanding officer. It’s really not Christmas until I’ve watched it. Get your own copy here.

23. Holiday in Handcuffs – Melissa Joan Hart and Mario Lopez star in this hilarious ABC Family tale of a woman who kidnaps a fellow diner patron to pose as her boyfriend, as the real one has just dumped her right before they are to leave to meet her family for the holidays. She and the fake boyfriend end up falling in love, of course. Quick note, the former ABC Family channel is the first station I remember doing this 25 days of Christmas programming lineup. Buy this movie here.

24. Magic Stocking – This is a heartwarming tale of a woman (Bridget Regan) and her daughter who get a Christmas stocking that makes wishes come true. Regan ends up falling for an architect/contractor (Victor Webster) who is in town to reconstruct the town gazebo for Christmas. You can buy the DVD here.

That does it! The 25 movies that make the holiday season complete for me.

What are your must-see Christmas movies? Tell me in the comments.

[Edited: I actually removed one of the movies I originally had listed due to an inappropriate scene I did not remember it having.]

3 thoughts on “My 25 Favorite Christmas Movies”