What do you do when you’re hanging at a beach bar in St.Thomas, US Virgin Islands, in the Spring of 1975 and you’re bored?

Apparently, you invent new drinks. Which is just fine by me.

When Ship’s Store restaurant and bar manager Tom Brokamp and bartender Angie Conigliaro started tweaking a drink based loosely on a classic White Russian, the Bushwacker was the result. Several months later in 1975, Linda Murphy, then owner of the Sandshaker Lounge in Pensacola, Florida, was at the bar in St. Thomas and was served the new concoction. She was so taken with it (And let’s be honest, who wouldn’t be?), when she returned home, she got to work developing a version of her own.

A legend was born.

The Pensacola community liked it so much, they began hosting a festival celebrating, you guessed it, the Bushwacker. And you know any drink that has an entire festival devoted to it, must be good.

This whole thing started when I happened upon a recipe from Tacky Jack’s in Orange Beach, Alabama. They had taken the increasingly popular gulf coast drink, produced their own incarnation and labeled it an Alabama Bushwhacker. Theirs was loosely based on the Sandshaker version.

[You can download and print the above recipe by clicking on it.]

I, too, took some liberties with Tacky Jack’s recipe, but theirs is what mine is based on. The biggest difference is I do not add the Bacardi 151 float. Honestly, I don’t think it needs it. 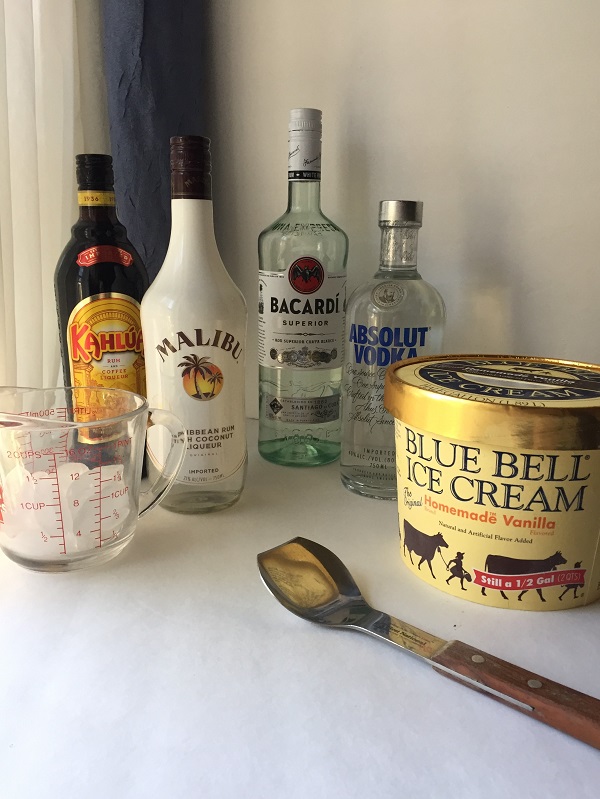 Since this is a blended drink, you can use light rum and vodka that are more budget friendly. I don’t find premium quality alcohol is necessary for this particular drink, although I would recommend using the Malibu Rum brand, as that’s what really stands out.

Start out with 3 or 4 ice cubes and then add more to preference. I wouldn’t add more than 8, or so, as the more ice you add, the more it will resemble a slush, and the less creamy it will be.

I do urge you to experiment with this recipe, as there are so many different versions. To see other Bushwacker recipes, go to the Finding Perfect Pinterest board, The Cocktail Hour.

You should also be warned: take heed of the name. They’re not messing around. Without the 151 float, you cannot taste the alcohol, at all, and it’s really easy to down it all before you know it!

So put on your favorite tropical vacation shirt, whip up a batch of Bushwackers, and settle in for the ride.

What better way to cruise right on into fall?